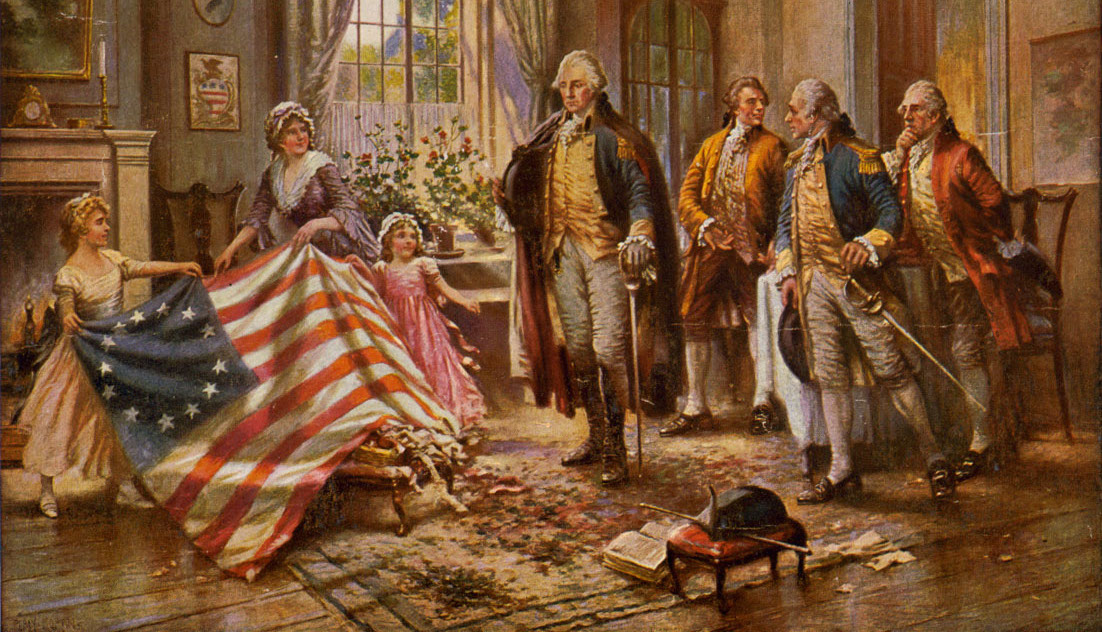 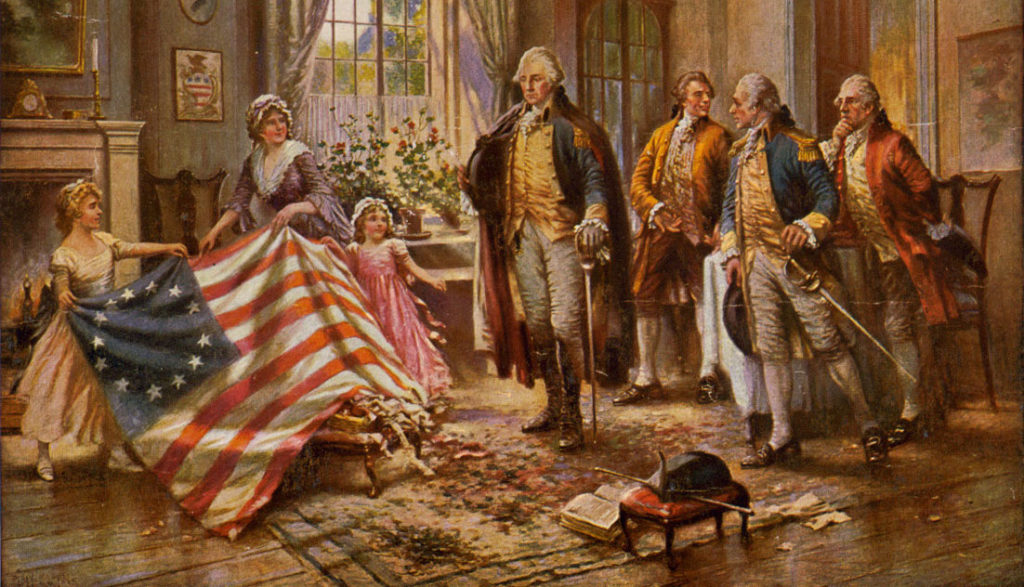 Flag Day is less than a week away so we thought you might enjoy learning a little bit about our nation’s logo … err flag: “Old Glory.”  Well you have to admit—from an advertising standpoint—our nation’s flag is one great Logo, but we’ll get into that later—and now for the trivia!

To be honest, we’re not sure anybody actually celebrates Flag Day as much as they just sort of acknowledge it.  Since Independence Day is just a couple of weeks after Flag Day, the real celebration happens on July 4th—so you may want to put our Flag Day factoids into your pocket until then when they can be used to dazzle and amaze your family and friends over hotdogs and horseshoes.  Flag Day commemorates the day in 1777 when the Second Continental Congress passed the Flag Resolution.

2). Betsy Ross May Not Have Designed Old Glory

That’s right, we really don’t know who actually designed the first, post-Revolutionary War American flag.  Even now, there is no conclusive proof that Ross designed or created it.  However, we do know that Ross and several others were hired to create flags in 1777 based on the criteria established by the Flag Resolution.

3). Old Glory was Open to Interpretation

You see, the Flag Resolution of 1777 stated: “Resolved, That the flag of the thirteen United States be thirteen stripes, alternate red and white; that the union be thirteen stars, white in a blue field, representing a new constellation.”  Notice how there was no mention of how many points the stars should have had, nor any directions as to their arrangement?  Therefore, the style and arrangement of stars were open to interpretation.  For instance, Betsy Ross’s stars had five points and were arranged in a circle while Francis Hopkinson’s stars had six points and were arranged in rows.  Other flag makers of the period put their own spin on our flag as well.

4). We Had Many Flags Before Old Glory

Immediately following the Revolutionary War, our temporary flag (known as The Continental Colors or Grand Union Flag) looked suspiciously similar to that of the British East India Company—with 13 bars representing the original 13 British colonies and a square approximation of Britain’s Union Jack in the upper left hand corner.  Throughout the Revolutionary War, military and naval units designed their own flags reflecting their own regional tastes and political views.  Perhaps the best-known flag of the war, at least to modern Americans, is the Gadsden Flag.

Designed by Christopher Gadsden in 1775, the Gadsden Flag featured a coiled rattle snake against a striking yellow background along with the motto: “Don’t Tread on Me.”  This flag can still be seen today at political rallies as well as on tee-shirts and bumperstickers.  The flag also made headlines recently when it was used by cop-killers, Jerad and Amanda Miller during their Las Vegas killing spree.  Hopefully, their despicable act of violence won’t besmirch an otherwise awesome flag. 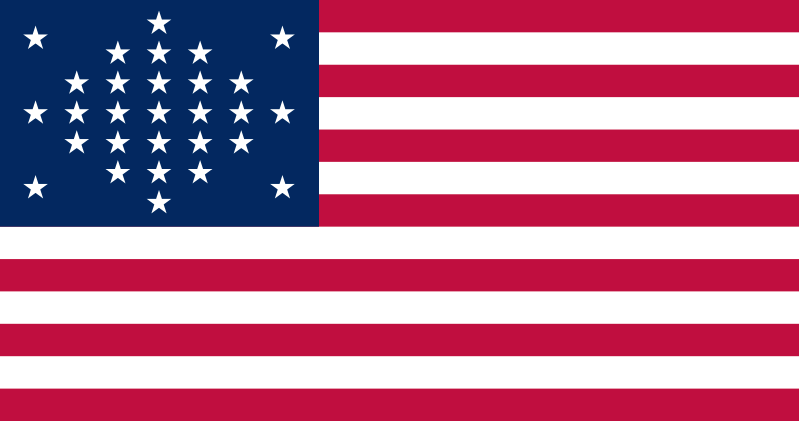 5). Old Glory is a Work-In-Progress

That’s right, even though a style-sheet has been established outlining the specific colors, relative dimensions, and arrangement of elements within our flag—the future adoption of new states may again alter Old Glory.

We mentioned before that our nation’s flag, at least from an advertising standpoint, is one great logo.  How is it like a logo?  Well, for starters, its elements represent specific things about the institution that is America (i.e., thirteen bars for thirteen colonies, fifty stars for fifty states).  It had several preliminary designs and underwent a lengthy and thoughtful revision process.  Its colors mean different things to different people. Its iconery is both striking and powerful (inspiring love in our friends and fear in our enemies) And, similar to a corporate logo, it has evolved and may continue to evolve over time.  In fact, since 1777, our flag has undergone 26 modifications!  Sound like any corporate logos you know?  Just look at the many incarnations of the Coca-Cola and Pespi logos we’ve seen over the years:

Let’s Talk About It!